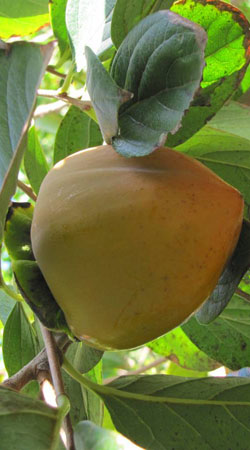 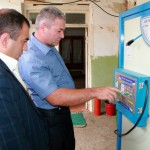 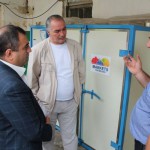 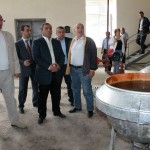 On June 4, 2014 the Head of Syunik Regional Administration Mr. Vahe Hakobyan visited Meghri Region. Prior to this, on May 30, 2014 Mr. Hakobyan, and his deputy Mr. Ashot Mardyan met Markets for Meghri (M4M) project manager Hasmik Altunyan and CARD director Gagik Sardaryan and expressed their interest towards project interventions, directions and specifics. Both Governor and his deputy were very keen on visiting Swiss Agency for Development and Cooperation (SDC) funded project in Meghri.

During their one-day visit Regional Government officials had various meetings at several companies and organizations functioning in Meghri. He paid a visit to “AT-Metals” mining company, was at the construction site of “Meghri Medical Center” and that of “Art School” of Agarak city[1]. In the framework of the diversification plan of Syunik Region[2] Mr. Hakobyan visited “Meghri Winery” and “Meghri Cannery” in order to get first-hand information on the current exploitation of these    factories and the issues Syunik     Regional Administration can help with in the future.

In the framework of dried fruit production development in the region Mr. Hakobyan paid a visit to one of the farmers Mr. Ishkhan Aslanyan, who was recently involved in dried fruit and demo-orchard initiatives of SDC funded M4M project. Mr. Aslanyan gave a detailed description of the “close circle” production of dried fruit via dryers, and pointed out the main advantages of that technology. Mr. Aslanyan informed the official delegation about the M4M project’s interventions aimed at the dried fruit production development in the region. “The project has so far provided comprehensive trainings, including coaching in production, business management and marketing for a number of farmers in our region. Thanks to the project’s support small scale home based dry-fruit producers were able to obtain up-to-date equipment and organize dry-fruit production using modern technologies: five new dryers of different production capacities have thus been co-financed for two groups of dry-fruit women-producers and three households and this is one of the dryers. Thanks to the project a small quantity of naturally dried fruit from Meghri has been packed, labeled and already exported to Switzerland and Russian Federation for market testing. So, we need to keep up with the international market requirements and for doing so we need to shift from traditional to modern methods of dried fruit production”, mentioned Mr. Aslanyan.

In his turn Mr. Hakobyan stated that dried fruit production is one of the directions of the economic diversification plan of Meghri Region and the Regional Administration of Syunik Marz will continuously stress its importance and seek ways to solve some of the issues in this sphere. Syunik Region Governor was impressed by Mr. Aslanyan’s enthusiasm and optimism which, as mentioned by the farmer, was the result of     the close cooperation with the project.

Another issue that was highlighted during the visit was Disaster Risk Reduction (DRR) interventions in the region facilitated by SDC funded M4M project. Because of the hailstorms that happened for three times in Meghri during this spring, in average 30 % of yields are totally spoiled. This is a real problem for farmers in the region and they asked the Governor to support them. As discussed during the visit the possible solutions can be the installation of anti-hail stations and anti-hail nets which will be real only with the support from Government and related development projects.