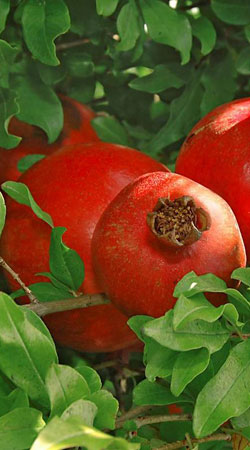 Overall vision of this outcome is to have improved access for men and women farmers and other related Value Chain Operators (VCOs) in horticulture sector to up-to-date information, knowledge and agriculture input supplies.

Three main directions of this outcome are:

With the aim to promote the development of agro-inputs and agro-service market system in the region the project team will also consider working with lead farmers, MHA, Meghri Fruit Producers  Association (MFPA) and/or other interested players which can ensure the better access of farmers to the existing input suppliers in the country. During the phase 1 of the project, links have been created between 2 Lead Farmers and very few input suppliers. During the phase II the project will aim at sustaining the existing links and/or creating new ones between various input suppliers and local players. The project will provide the required support to the input suppliers on ones side in finding proper agents in the region, on the other side will support the local agro-input and agro –service providers to study the market of input supplies and cooperate with the most proper ones among them. The project will facilitate the process of negotiations between input suppliers and potential agents. Meanwhile the idea of embedded services will be promoted in the region with the following scheme.

The ASC is the only organization in the region providing agriculture consultancy. It is currently represented in the region by 1 agronomist and 2 veterinarians. The ASC is a state institution with a mandate of providing free of charge consultancy as well as fee based agro-services and agro-inputs to the farmers with that to link those farmers with the input suppliers. The project will aim to promote the ASC to use his own media opportunities (newspaper, brochures, leaflets etc.) to make agricultural consultancy more extended and effective. The project will also support the ASC to provide higher quality input supplies and agro services to men and women farmers in the area with the aim of enabling this organization to promote production of better varieties main crops produced in the region as well as new crops like grapes, cherries etc. Taking account the human, professional and technical resources of the ASC, it can be the major embedded service provider in the region and the main link between farmers and input suppliers, which will sustain the information and knowledge flow from input suppliers to horticulture sector.

For accomplishing the knowledge and information flow from input suppliers to farmers within the scope of the outcome 1 the project will also work with local associations like MHA, MFPA, Water Users Association (WUA) and Lead Farmers, who will provide agro consultancy embedded in agro–service provision.

Within the scope of this outcome the project will also work with organizations MHA, MFPA, WUA, Lead Farmers (including the 13 lead farmers trained during the project phase I) and other organizations having enough capacity and reputation in the region to implement pilot demo projects with the aim to promote innovative agro technologies, testing of varieties of main crops of the region as well as new crops.

In the second phase the project will concentrate on improving intensive agriculture practices with a purpose to enhance the quantities of produce via promoting diverse agricultural technologies. The project will also promote bio production practices or techniques with a purpose of increasing the quality and competitiveness of products. This requires access to a diverse range of inputs provided on a commercial basis by different sources as well as improved knowledge and information of farmers in their use.

For reaching economy of scale in production for Meghri farmers, considering the limited land resources of the region, using intensification technologies will not be enough. Therefore within the scope of project, whenever appropriate, the idea of aggregation of farmers around common business interests will be promoted (i.e. when piloting new crops and varieties).

As Meghri region has limited land resources and still has a challenge with competitiveness in the market, within the scope of the project farmers will particularly be encouraged to use bio inputs and apply environment friendly agricultural techniques. The organic market is growing in Armenia and environmentally friendly produce from Meghri region can attract suitable market niche.

The table below describes the activities and partners of the project outcome 1.

main players from the market system

Facilitate promotional events and activities by nurseries for farmers;Nurseries