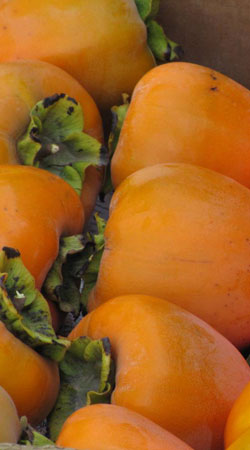 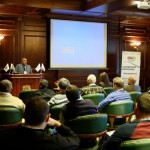 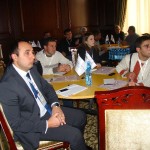 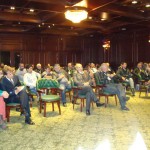 Generally Business to Business (B2B) meetings have an important role in the broader context of society and in the context of organizational life. Generally business meetings allow participants to develop significant exchange relationships among themselves. These exchanges can be in a form of business negotiations, personal favors, promises, understandings, etc. This kind of meetings aim to develop transparency and trust among the participants, help to evaluate and judge the integrity, competencies and skills of each other, allow them to develop strong social and business relationships built on trust also to learn the relative norms of initiating organization/project as well as its idiosyncratic culture. Also, they allow “slide-line” conversations among participants that are often very valuable in accomplishing the various business agreements. Thus the main advantages of the B2B meetings are that they help to:

·bring out the best in people;

In case of the target region of Markets for Meghri (M4M) project, which is Meghri region, actors here have low access to market information. Public services are under-funded so that little or no published information on markets, prices, trends, key market players. Weak organization between farmers, high transaction costs for buyers and trust between farmers and buyers is poor. Negotiations between farmers and supermarkets (big-scale traders) are not founded on long lasting commercial relationships and qualitative logistics management. Marketing and selling follow traditional patterns, with producers selling individually to traders from Yerevan at a low price. To overcome these issues in the framework of M4M project two B2B meetings have already been organized. On June 1, 2013 “Markets for Meghri” (M4M) project initiated the organization of the first Business to Business meeting for fruit producers of Meghri region and potential buyers from all over Armenia for the discussion of issues regarding potential cooperation between these parties. The Business to Business (B2B) meeting took place in Agarak city. During this event the linkages were established between farmers and the processing and trading companies. First value chains were established thanks to which a small quantity of naturally dried fruits from Meghri has been packed, labeled and exported to Switzerland and Russian Federation for tasting. Taking into account the first positive results of the B2B meeting, M4M project decided to continuously support to this initiation in order to fully contribute to the establishment of these value chains for securing the sustainable development for small-scale producers of Meghri region. As such, from December 6 till 8, 2013, the Project organized the second Business to Business meeting which took place in Tsaghkadzor. This time the project team organized the event near the capital city in order to include more representatives of upstream operators of the value chain i.e. buyers, super markets’ representatives, processing companies, exporting companies etc. The event mainly aimed to:

·define opportunities and priorities of the mutually beneficial cooperation;

·further support to the established linkages.

Event started on 6th of December with the opening ceremony during which HE Ambassador of Switzerland in Armenia Mr. Lukas Gasser, Director of CARD Foundation Mr. Gagik Sardaryan, Co-manager of M4M project Mr. Eugene Ryazanov from HELVETAS Swiss Intercooperation, Co-manager of M4M project Ms. Hasmik Altunyan from CARD Foundation, representative from Syunik Marzpetaran and M4M team members made speeches. On the next day the participants were included into more practical activities and formed two working groups namely “Dried Fruits” and “Fresh Fruits”. Working groups were formed according to the participants’ spheres of activities and interests. Each working group had a very productive discussion regarding its main obstacles and the ways of overcoming them. The discussions were organized in the format of “Knowledge Café” in order to make the debates more alive, effective and participatory. There were very active and productive discussions in the working groups. Farmers and small-scale producers of Meghri region during the group presentations have raised the main problems and obstacles which were preventing them to become sustainable and higher volumes supplying participants of value chains. The main problems are related to the lack of storages with relevant conditions, absence of labelling and packaging facilities, non-compliance with international quality standards, lack of financial resources and innovative technologies for the further development, lack in sufficient quantities of homogeneous products for exporting and linkages with the consumers, absence of market penetration skills. From the buyers’ point of view, the main problem in Meghri region is the absence of a general collection centre and the coordinating/aggregiating point with which the buyers can be in contact as it is not realistic to stay in a permanent touch with around 1500 small-scale producers. Also, wholesale consumers, both in the international and local markets need a homogenous product which should be relevant to the international and local standards. In case of Meghri region this is a complicated issue as there are around 1500 small-scale households here which are, for example, in case of dried fruit production, using different methods of drying and storing technologies and practices.

During the working sessions some of the issues were analysed comprehensively. Regarding the establishment of collection centre, M4M project manager Ms. Hasmik Altunyan mentioned that this initiation was proposed by buyers/consumers and not by farmers and without farmers’ aspiration strivings would be useless. Nevertheless, during the following discussions farmers were supporting this idea very strongly. “M4M is here to support you, to help you in your aspirations, to guide you towards them but not to dictate the way you should operate”, stated Ms. Altunyan.

The representative of Armenian biggest fresh fruit exporting company, named “AraratFruit” was also invited to this event, as besides covering around 65%[1] of fresh fruit export market, recently it has been engaged in fresh fruit processing activities too. The company carries out a complete business cycle which comprises all the levels of the chains from orchard to sales. “AraratFruit” is currently constructing a new, the biggest fresh fruit processing factory in the South Caucasus Region, which can consume and process all types of fruits of different qualities. During the B2B meeting certain provisional arrangements were made between “AraratFruit” company and farmers.

After the first B2B event, as it was already mentioned above, some value chains in the field of fresh fruit and dried fruit production were established between Meghri farmers and two supermarkets, one processing company and two agricultural consumers’ cooperatives. During the second event some groups of farmers, processing and trading companies could establish other value chains. It is worth to mention that among these farmers women are dominating, moreover these groups are led by women farmers as well- Siranush Qaryan and Lilit Avetisyan. Another group is led by a male farmer -Vanik Qaramyan. M4M will further support farmers, particularly in dried fruit production value chain, trying to create a “Meghri brand” and to promote that in the international markets as well. It is worth to mention that thanks to the project three groups of farmers and two sole processors are already using the modern drying trays and innovative ways of drying technologies. For the first time Meghri farmers are making sliced dried persimmon as such adapting it to the demand and market trends of international consumers.

According to the participants’ opinions the event was very prolific and useful. As one of the lead farmers Aleksandr Hovhannisyan stated: “The meeting was very productive and effective in terms of establishing new business linkages and trying to find solutions to support farming development in the region. I would like to express my sincere gratitude to M4M staff to make this all possible”.

As an outline of work in groups, the following main suggestions on how the project can support farmers, were made by participants:

·to assist in establishment of collection centre;

·to improve the availability of input supplies;

·to establish demo-orchards (for testing new varieties for the region);

M4M staff will further assist farmers in realizing these activities and develop the established linkages to more practical and sustainable cooperation.