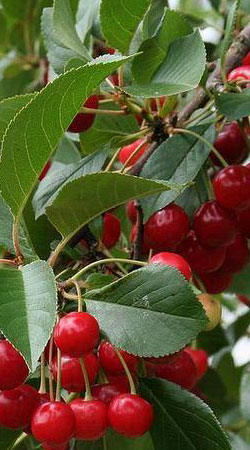 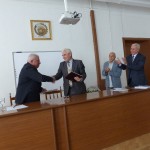 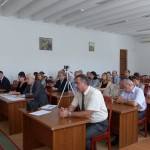 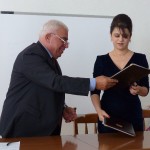 On 19 Sep, 2015, two agreements were signed between the Armenian National Agrarian University (ANAU) and Meghri and Agarak Schools. The initiative was supported by the CARD foundation and held in the academic session hall of the Agrarian University. This cooperation is expected to result in establishing special classrooms for agricultural literacy in the aforementioned schools. Through advanced agricultural education the initiative aims at turning the Meghri Region into a learning center aligned with today’s requirements and the dynamic changes of the labor market in the field of agriculture. The deputy governor of Syunik Region Mr. Vardan Davtyan, ANAU rector Dr. Arshaluys Tarverdyan, the director of CARD Foundation Mr. Gagik Sardaryan, the coordinator of this project Mr. Gagik Santrosyan, as well as a number of representatives of CARD Foundation and ANAU, were present at the ceremony.  In his opening speech, ANAU rector Dr. Tarverdyan mentioned that not only did the program have educational, academic and professional significance but also state significance. Thanks to the project, high-school students will have the opportunity to pursue their studies (including university seats with exemption of tuition fees) both in Yerevan and the ANAU Shushi affiliate on the assumption that they return to their native land and with their professional skills and services contribute to the agricultural development in the region. For his part, Mr. Davtyan mentioned that Syunik regional governor Mr. Surik Khachatryan attached special importance to this initiative, describing it as a highly patriotic act. Mr. Davtyan added that the project had strategic importance for national security in the border region. Mr. Sardaryan noted that not only could the young benefit from the project but their skills and abilities could be passed on to the older generation. Mr. Sardaryan also mentioned that unique cooperative ties would also be established with the ANAU faculty, who would contribute to the development of the region in their own way.

Horticulture is not going to be the only direction of the project. Of no less significance is food processing in the region. Since there are very few professionals in the field, ANAU and CARD Foundation will cooperate in carrying out training courses for the ANAU faculty who will later teach at both Meghri and Agarak schools. Upon the culmination of the ceremony, the participants agreed to meet and discuss the preliminary outcomes and forthcoming activities in the near future.